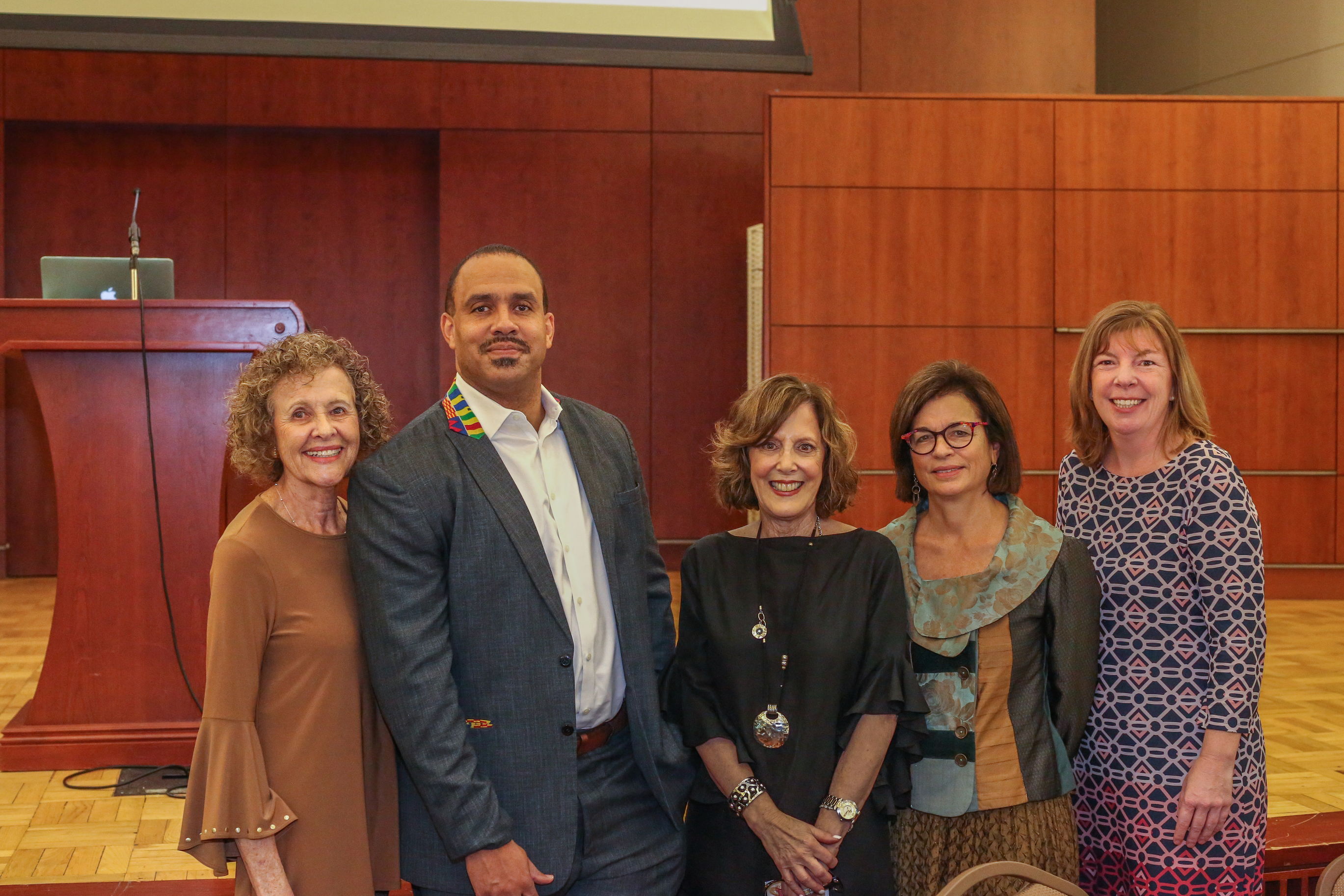 which chronicles the Circle’s history, pays tribute to our founders, and captures personal messages

from several members about the impact of the Circle on their lives.

Susan Talles then spoke about the 21-member Circle Study Group that met for many months during 2017-2018 researching the topic of the Racial Wealth Divide, interviewing prospective speakers, and developing the program for Full Circle. Susan introduced luncheon guest, Kondwani Fidel, a Baltimore author, who read an excerpt from his widely-acclaimed book of poems, Death Notes.

Lucia Kerzner introduced the main speaker, Dedrick Asante-Muhammad from Prosperity Now, who spoke about the racial wealth divide in Baltimore and presented data on historical and current wages, unemployment, education, home ownership and accumulated wealth, all of which highlighted the grim fact that African Americans are the most deeply affected race when it comes to the wealth divide. From redlining to discriminatory banking practices, African Americans and Latinos have been deprived of the opportunity to accumulate wealth through homeownership, small business loans and other financial resources. They have yet to recover. To address the problem on a systematic basis, Dedrick suggested identifying the effects of the divide on local communities and developing and implementing long-term policy and procedures to enable African Americans and Latinos to accumulate wealth on an equal basis with Whites. Dedrick pointed to the work being done by many non-profits, such as BUILD (Baltimoreans United in Leadership Development), that are making a difference through comprehensive programs.